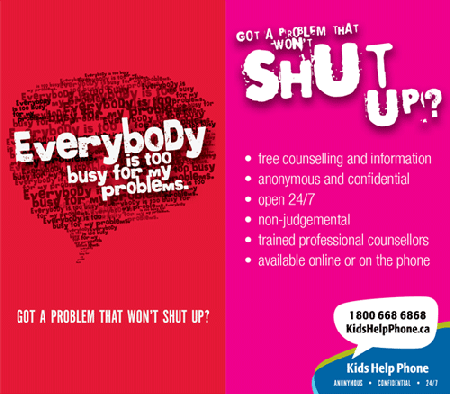 Over a year ago I sort of accidentally held the first TV, eh? charity auction, raising $6800 for Kids Help Phone. When people told me they’d be happy to donate next year, I decided sure, I guess should do it annually. At least, annually-ish.

I didn’t do it late last year as originally intended, so I’m now going to launch the 2nd Annual-ish TV, eh? Charity Auction later this month. I’m slowly asking people for donations of TV-related items to put up for bid, and they are rapidly agreeing, so look for news on that soon.

But tying in to the online auction, I’m holding a small real-life fundraiser in Vancouver, too, with Quinn Cummings, an Oscar-nominated actress and now author. She’ll be giving a talk and Q&A where you can pick her brain about her life as a child actress (that Oscar nomination was for The Goodbye Girl) and successful writer. Her book Notes From The Underwire is hilarious and even poignant, and I even loved The Year of Learning Dangerously though I have no exposure to homeschooling. She just released Pet Sounds and I’ll be downloading that one soon.

All proceeds will go to Kids Help Phone again. And by proceeds I mean the entire ticket price minus the modest amount the ticketing site takes in fees. I’ve set a suggested ticket price of $25 but please take advantage of the pay what you can option in order to not let money get in the way of coming out. There will be an engaging speaker who will let you pick her brain, a silent auction and a room full of interesting people.

The wanderings of my mind and body, by Diane Wild.